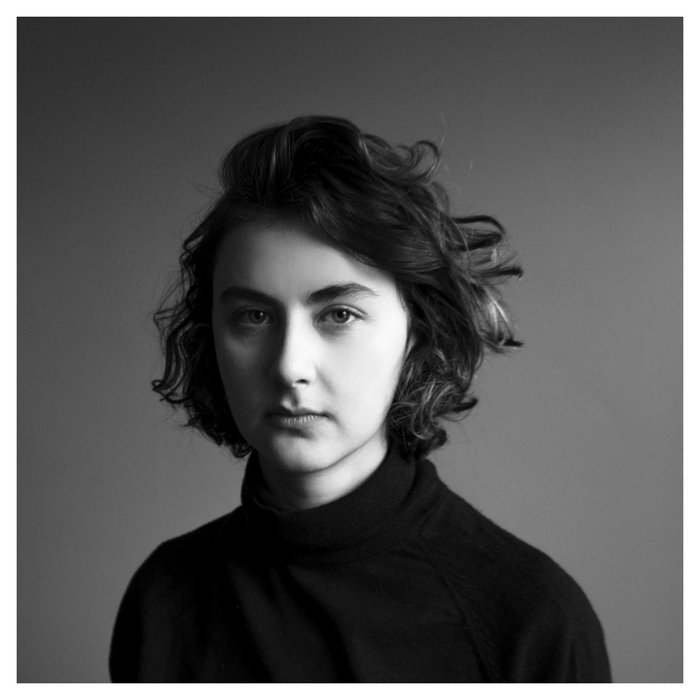 One year prior to this recording, one of my dearest creative supporters passed away in a tragic accident. The composition “The Conclusion” was written in their honour, and the memory of their spirit gave me the confidence to open my heart once again and release this music.

This series of songs was composed through a major death and rebirth of personal identity. It began with a long term relationship with another artist who I deeply respected and admired. As time progressed, I found myself rotting on the inside from this person’s judgement, belittlement, and privilege. The systemic inequity in this industry became more painfully visible than ever. I was aware of sexism, yet felt ignorantly removed from it until this point, when I experienced it so intimately, face to face with my heart and passion for music. For the first time, my strong and innate drive to create and, at times, live, disappeared.

After a life-changing trip to Berlin, challenging convention with interdisciplinary performance in a supportive FEM-positive environment and having space to open the conversation about these issues, I found that the antidote to this toxic patriarchy existed in the connections formed with other womxn and people of marginalized identities in the arts. A few months later, I was awarded the Eleanor Stubley Recording Prize to collaborate with the incredible sound engineer Jenn Nulsen in her final days in Montreal before moving to New York, and a gender-balanced team of incredible artist-friends.

So, here it is folks, “The Conclusion”: a milestone in the light of personal rebirth, a reminder that endings are also beginnings. Thank you to the beautiful people involved in this healing process.

Gratitude to head engineer Jenn Nulsen for going above and beyond, and to assistant engineer Noëlle Byer, whose love will officially form the ultimate sound wizard marriage duo in 2020.

Thank you to Jon Kaspy for his mountainous mastering and masterful mountain friendship.

Thank you to the beautiful musicians who played on this EP, whose artistry goes beyond words: my one and only Claire, Scott, Tomo, Noémy, Zander, Ethan, Eric, and the members of the vocal ensemble.

Thank you to my family: Joanie, Steve, Jonathan, whose support extends to summits immeasurable, and whose love has only fortified through life’s challenges.

Many thanks to Christine Jensen and Martha de Francisco for their support in the grant application process, and to McGill University for supporting this creation.

In loving memory of Patrick Dupuis-Dufresne.
There will never be another you.

Recorded May 2018 in Studio A on unceded Indigenous lands of the Kanien’kehá:ka Nation, commonly known as Montréal.
Graciously commissioned by the Eleanor Stubley Recording Prize.

Sarah Rossy is a mythical sonic creature of sorts with a voice that is colourfully chameleonic yet vulnerably human.

Track Name: Lowly Soul
In the black magic light of the evening,
There is not a star in the sky
I’m floating in a reverie
Painted by my mind

In the cool white caress of the winter
There is not a sound in the snow
Then I hear you whisper:
“There is nowhere else that I’d rather go,
There is no-one else in my lowly beating soul."
Track Name: Judgement
Judgement call took it all,
Lay down on the streets
And swept away light of day
Water from the seeds

Still in the silence of a thousand knives too deep,
Judgement keeps its prey.

Still it will shadow in the most peculiar way,
And I’ll say,
I’m okay.
Track Name: Close to You
Grasping waves of stillness,
Finding ways to stay removed
From ill-intended avenues

Too much light is blinding,
And I’ve stared too long into a
Sun that brightens each new day
But brings me close to you

Sifting through the sandbanks
Searching for a reason,
Beyond the reach of sanity

Lonely and avoiding,
Greetings to myself,
I’m but a stranger in this stranger life
As I grow close to you.

Each new day I grow closer to you,
I must remain my own.
Track Name: Sad Song
There was a time,
When the woes of the world fell quiet
Silver night skies,
Dying days in a fleeting mist

And the sand along the beach turns black
Every step you take, you can’t take back

But how I long,
For a song that will ease the sadness
And ebb and flow
In the comfort of one’s own madness

And the sand along the beach turns black
Every step you take, you can’t take back
Track Name: Empty Spaces
Empty spaces,
Between what is and what could be
I am lost inside a world in which I dream.

Foreign places,
Drowning in the sheer possibility,
I am hoping for a world in which there’s peace.

And I listen to the voices all around,
Feet on the ground,
And I am lost,
And found again.
Track Name: The Conclusion
Lost friend,
I feel your
Presence
On my shoulders

My memory breathes at thoughts of you.
Track Name: To Be Silenced
[The ensemble vocalizes memories of oppression, first by holding back, then by letting go.]

Sometimes knowing is a curse,
Cause a head in the sand can’t get hurt.
But honest truth thrives in brute presence.

Bandcamp Daily  your guide to the world of Bandcamp